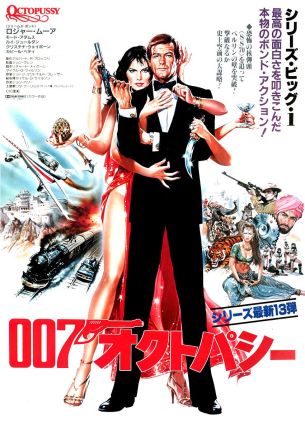 There comes a time in every person’s life when they are faced with the unwanted reality of mortality.  Never enough hours to make up for your regrets. The sands of time drifting away before you accomplish everything you desired. But perhaps Roger Moore came closer than most.

Born in London in 1927, Moore was the only child of a policeman and a mother born in India, where his youth was often spent sick in the confines of a modest but respectable apartment in Stockwell, in the south of the city.

During World War 2 and the terrifying blitz he was one of many youths to be ferried out of the nation’s capital. Around this time he was beginning to cultivate that slightly roguish but ultimately very charming personality we would all fall in love with.

He didn’t know quite what he wanted yet but after a short unsuccessful spell at an animation studio he ended up as an extra on a feature film. This came about by pure chance, a favour owed to his father.

So began a journey in cinema that would last until well into the turn of the new Millennium. Initially, he was booked in the old system as a studio star. A supposedly comfortable but often uncertain existence where there might be guarantees of work but only on the say so of some executive.

While this was occurring Moore seemed happy just to be happy. His affability just as important as them matinee idol looks. Before the household fame, Moore would serve in the Army as an entertainment officer, which seems so quaint when you say it. He modelled woollen cardigans and in time lost the cockney twang for something altogether more silken.

There was a youthful engagement and marriage by the age of 25. There followed more marriages and more high society evenings in a 1950s London that arguably has never been bettered for its galaxy of stars and starlets.

After that came famous TV programmes such as Ivanhoe, The Saint and The Persuaders. And what would follow that, would change this scribe’s life.

I first encountered Roger on a 14” portable colour Samsung television in Beechdale, Dunboyne, possibly late 1987. Ulster Television was to me, just a place where Liverpool perennially broke my United father’s heart every weekend on The Match. Where I could watch cartoons like Trap Door and Mask, as well as more adult, themed fare like Bullseye, Corrie and if the schedules were consistent, The A-team and Knight Rider. At this point in my life, I had not developed any real taste in anything except what my friends and parents liked.

James Bond was the first thing on TV that I had sole ownership of in my little world…or at least I thought.

The first 007 film I saw was Octopussy. Of that, I have no doubt. I know this because all I wanted to do that Christmas was buy a ridiculously expensive Lego train set and recreate the epic chase between the black Mercedes and the speeding locomotive.

I had no reason to think that adults would scoff at the title of the film or that Moore, himself now into his sixth Bond film and his fifty-sixth year was being sniggered at by critics for committing the cardinal sin of getting old. I had no frame of reference. Octopussy to me was just brilliant.

The opening scenes, shot most probably in Nottingham but doubling for some communist republic in South America, sees Bond unsuccessfully try to plant a bomb in the opposition army base. His cunning moustache disguise is soon detected and he is taken away in the direction of a military prison. Before you can say ‘look at that horse’s tail’ 007s earlier seen female ally has reappeared, just in time to distract the driver of the paddy wagon. Soon Bond has made good his escape, via an eight-foot long mini aeroplane. Not content with simply regaining his freedom, he engages in a short round of cat and mouse with some opposition missiles, returning to the enemy base for just a moment long enough to see the opposition blow their own base up. With his fuel tank inexplicably empty and no time to gloat on this fortunate turn of events Bond aims his craft downward and finds a local filling station and a befuddled attendant.

Bond opens up his plexiglass and says

‘fill her up please’

And with that, I was in love.

It would be a very indulgent waste of time for me to review the rest of the film in such detail. Except to say with this alongside Die Hard, The Warriors and probably all the other Bond films, I could pretty much do so without having to watch the film ever again.

If you want my 2011 review though, it’s here. And it’s pretty good proof that this positive spin has nothing to do with the week that’s in it or that my opinion has been formed on a whim.

But I guess if I don’t win the doubters over with this piece that’s okay. The more hardened fan might prefer Live and Let Die or of course, The Spy Who Loved Me( which is peak Roger, no doubt). I myself must admit a preference for 1973 Moore wardrobe over its rival ten years on.

And they called it turtleneck love…..

But in the context of Octopussy being his penultimate adventure and the important note that he had in fact quietly half retired after For Your Eyes Only in ‘81, even now I always thought Roge had a bit more spring in his step on this film.

For a number of reasons. After flirting with the idea of the first American cinematic Bond(James Brolin did a screen test and was days away) producers decided to go back to the ever dependable Moore. With Connery returning in an opposition Bond movie the same year, Broccoli perhaps felt it dangerous to put a new guy up against the Scotsman. This decision was vindicated at the box office.

Reason number two, in my opinion, is the chemistry he enjoyed with his co-stars. Maude Adams always seemed to look the ideal fit for Moore. Two strikingly handsome but understated souls. Though she kind of cheated by coming back from the dead(also starring in The Man With the Golden Gun) I would venture that her second go around is the most successful second go around in the series…and Joe Don Baker fans are just going to have to deal with it.

The film also stars a flawless Louis Jordan and a fantastically over the top Steven Berkoff but I digress.

The third and perhaps most poignant reason was Moore falling in love with India and the people of India, the birthplace of his mother. Particularly the poverty stricken youths of the streets. It was around this time that Unicef ambassador Audrey Hepburn had been encouraging him to use his profile more in the field of charity. Moore was reluctant to do so, preferring to make his donations privately. But Audrey quite correctly managed to explain that his profile would do wonders for the organisation and easily dwarf his previous efforts in terms of the bottom line.

So began a new legacy just as this old one was reaching the end. Roger would do one more Bond, A View To a Kill in 1985.

But in the years that have followed it has been somewhat irrelevant what James Bond will return in. A little bittersweet to acknowledge its silliness as your adult mind struggles to retain the innocence of youth. I still love the character and love whoever plays the character, but you never forget your first.