A few weeks ago I bought a return ticket to Manchester. Then I bought another one. Reason being I was supposed to go over and watch the Liverpool United game(not actually in Old Trafford itself you understand, that would be impossible) but Sky then rearranged the fixture to a Sunday when our return flight was due.

With Ryanair being about as helpful as they’re legally able to get away with, I knew I couldn’t change the return flight. So I booked new ones. But in my haste I booked the following week in error.

Anyway, I decided to head over anyway, on my lonesome.

I have notions of becoming an intrepid traveller all the time. I dream about it like I dream about having leather bound hardbacks with my name on the spine or glossy Red Kremlin film posters on a wall somewhere, sometime.

But yet, I find it hard to get motivated. The idea of doing and seeing by yourself should be fine with me. But if I wasn’t able to even get to Manchester and back on a solo mission, what chance was there of Shanghai or Calcutta or wherever?

So this really was a test of oneself, a test to see if I could entertain myself for a whole weekend. Did I pass? Well…

It started on Saturday morning in the airport obviously. There I saw a splattering of Sky Blue Ethiad kits been worn by young boys and assorted others. Man City were at home to Spurs. There were a few people buying match tickets there and then too via the Internet. It seemed to be a nice stress-free club to follow. The flight itself had plenty of empty seats.

Our trip was swift and I got into the city centre without much fuss. Manc Piccadilly turned out to be about a seven-minute walk to my hotel off Oldham Street. Sachas Brittania, cheap and cheerful; second honeymooners should probably keep walking, however.

I had my eye on a Carhartt coat online for weeks and took a chance on them having the same one in their shop over there. I guessed right. Half price too, a very good start to the weekend.

Liverpool then somehow lost to Swansea which took the wind out of my sails. But no matter, I would get a quick nap in and prep for the evening. Schoolboy error though, the shower refreshed me too much. Couldn’t nod off. So I watched some telly while I came up with a plan.

As Ronnie and Marco played out a cracker in the Masters(wearing unfamiliar but very cool neckties instead of traditional dickies) I decided I’d wait til the sun went down and would head out with the camera. I had my heart set on no particular shot though I did want to get a look at Chinatown.

As I walked around, I noticed how bloody cold it was. I hadn’t brought gloves and my will was not strong enough to stay out. What does a man do in this situation? Drink pints obviously! Ah but not this man. New year, new me right! 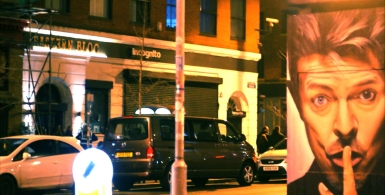 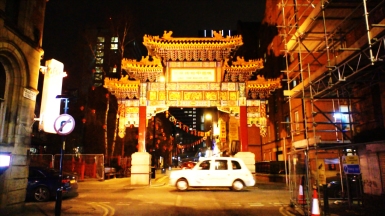 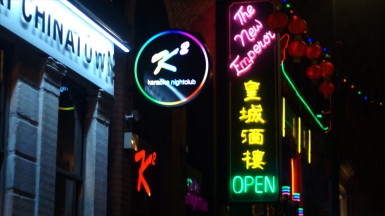 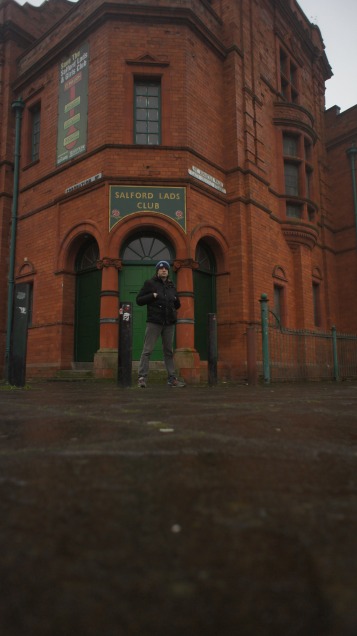 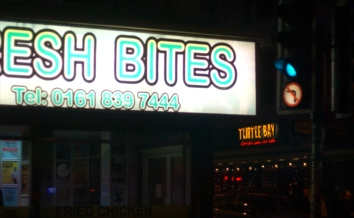 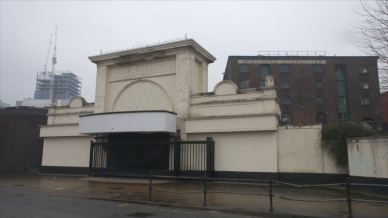 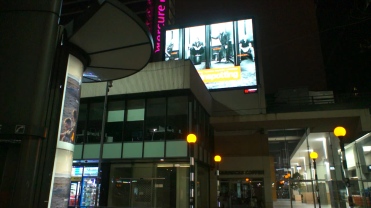 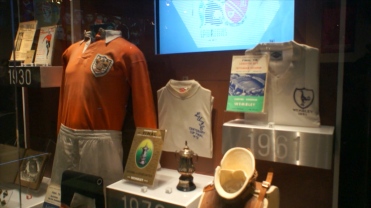 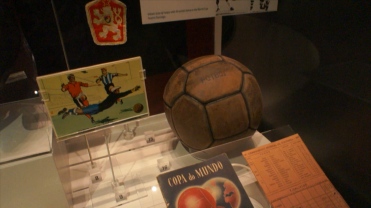 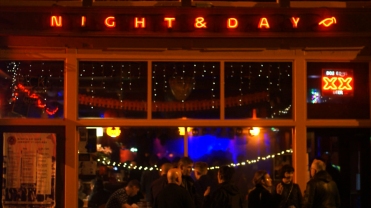 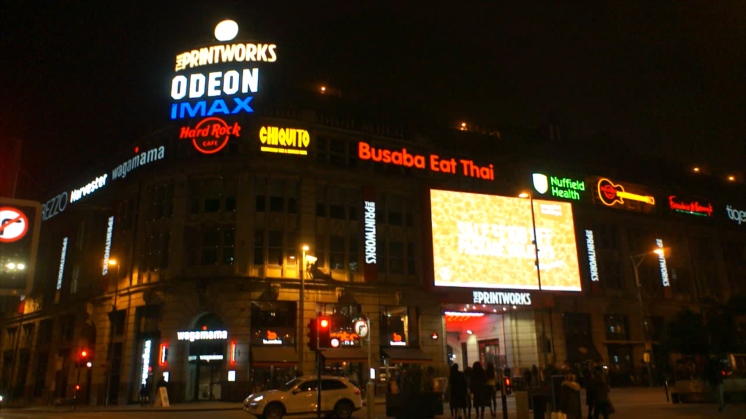 So I went to see Manchester by the Sea. Yes, in Manchester.

It was a decent film. Casey Affleck was really good and it was a bit of a thrill to find a character that has a mutual appreciation for American work wear.

Anyway, I knew I had to get some work done so I started walking around. The Printworks, where the cinema was, turned out to be very fussy about photography. It’s a gaudy enough place anyway. I assume it’s been salvaged by some conglomerate to offer a new option of consumerism to the Manchester district. Out I went.

I did make it to Chinatown though it wasn’t the feast of the senses that I hoped. The arch is pretty special and there was a smattering of red lamps criss-crossing the street. But I was looking for life, street vendors, neon! I got a little bit of neon and a few street signs. Restaurants, massage parlours etc.

Overall the evening was okay. It was cold but I was enjoying having the camera out again. I must say as well, I felt very safe. Didn’t spot any trouble around the place at all. There was a fair amount of homeless folk around too and I did not envy them on this bitter night.

About ten o’clock I realised I hadn’t eaten so I broke a good rule and had a bad McDonald’s. Second in three days, shocking. After that, I just wanted to leave my camera back and possibly head back out for a few beers. But after a quick hot whiskey in the bedroom and with the football on BBC I could see I was fading.

Normally that used to break my heart. I used to love Saturdays out, didn’t even mind if it was on my own. I was tired but I probably could have gone back out. Then again I was fast asleep by midnight so who knows?

The next day I was on a few missions. I wanted to see the Football Museum for a start. It turned out to be alright. Very pro ‘Man Utd’ and very much proud of 1966 and all that. I think kids would like it more. I grabbed an excellent Burrito straight after and made my way back towards Piccadilly.

I wanted to grab a train to Salford because I really wanted to see the Lads Club. To be honest, I never would have remembered unless Paul Halpin had said it the day before.

Unfortunately, the trains were off, or at least some of them were. I got a connection bus out but lost my way a bit and ended up out at Salford Quays, which isn’t the same thing at all. Through the mist, I could see Old Trafford. I was tempted to get closer but nah. Instead, I had a quick look at the fairly new television centre, pausing to think about what life might have been like if things were different!

But the mission was the Lads club. Recreate the Smiths photo, look like a frustrated poet-singer/songwriter-grumpy chap in a parka.

The weather was perfect now, spitting Manc rain. I was wandering around with merely a notion of where to go; Google maps and WiFi no longer working. I did find it eventually. It looked perfect. Right there on the proper Coronation Street too.

I went back into town on foot, delighted with myself. But as I travelled back in, I was struck by the enormity of the city. It dwarfs Dublin in terms of tall buildings. The Midland Hotel looked like it was designed for another age. A vast beast of a building. There were beautiful red bricks, cathedrals and refurbished railways all along my route. I was very impressed.

That evening I had pizza and pledged to make up for the previous night’s inactivity. But the city wouldn’t play ball. It was deathly quiet. Apparently, Saturday night is the big one. I assume Friday too but Sunday just ain’t happening.

I didn’t mind really. The mission was to see if I could get back into the travelling groove. I think I can.

But I was very much in holiday mode here and spent far too much for what was a session free weekend. Now that could be me and years of post-recession trauma where I don’t know if two hundred quid is a lot anymore. Maybe I’m being hard on myself.

Please visit Manchester anyway if you can. It’s not that expensive, they’re are lots of decent second-hand shops, it’s got tons of massive stone buildings and a pint of bitter is fantastic after your dinner!